it looks like that book i read about the bombay slums, shantaram, is having a hard time getting to the silver screen.

According to our sources, Nair’s ambitious project, Shantaram , has been shelved because the actor demanded a huge price. “Mira Nair will be unable to go ahead with the film because Warner Productions has decided to back out of the project. Also, the amount quoted by Johnny Depp is very huge. The producers don’t see how they will be able to complete the film with such big money involved,” says a source.

Mira Nair had announced her ambitious film, Shantaram , based on Gregory David Roberts’ book of the same name, earlier this year. Hollywood superstar Johnny Depp and Bollywood icon Amitabh Bachchan had been roped in to play key roles.

She had also approached Vishal Bharadwaj to score the music of the film. Our source says, “Mira Nair was to start shooting with Amitabh Bachchan from January 2008. Unfortunately, that will not happen any more.”

Deals with all the other actors had fallen into place but things did not somehow work out with Depp. Our source says, “Depp loved the novel by Gregory Roberts. He even invited the author to visit him in London. Gregory Roberts did go and meet him. Everything was going fine until Depp quoted his price! All activity related to Shantaram came to a screeching halt after that.”

It may soon be officially announced that the film has been shelved. Our source says, “Warner Productions will hold a press conference announcing the cancellation of their Shantaram project in the second week of December.”

The official spokesperson of Warner Productions kept mum about the film being shelved because of the sky-high money quoted by Johnny Depp. The spokesperson just mailed the production house’s official statement that says: “Production on Shantaram is being postponed due to Hollywood writers’ strike and the inability to guarantee a February start, which would then place the production in India in an inclement weather corridor.” 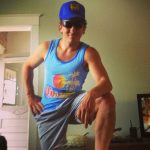