after killing a spider behind the dryer last month, i looked at all the windows and corners of the house and found a couple more webs and spiders i thought could be black widows. i called my landlords and they had their friend who has a terminix business come over to look and spray. i showed him and the landlord the webs and the dead spider behind the dryer and the exterminator who is from brazil said “Ees no block weedow.” i said “are you sure? it had a red spot on it?” he just shook his head chuckling & said “Ees no block weedow. You know block weedow? Ees big. Ees no block weedow” like i am a nutty broad. he said the spiders and webs i showed him are not poisonous spiders but he went around spraying all the corners with some horrible chemicals anyway just so i wouldn’t worry & pronounced me spider free.

well i’m worried. the dryer needs real attention so i finally went down with tweezers & a plastic bag & put the spider carcass in there so i could look at it. how could an exterminator laugh me off that this is a black widow? it shrunk from being sprayed with bleach, but isn’t this a red spot?

and still in the same window that i originally showed him is this lovely animal. is this not a black widow? am i a nutty broad? help me out here guy.

baby widows on the way? 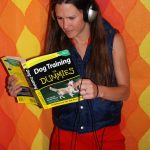