i have no idea how the cameramen could get so close to the polar bears, seals, walruses, greenland sharks, without being attacked but the footage is incredible.

one mama polar bear has triplet cubs, which is unusual, they normally only have 1 or 2 pups at a time. there isn’t enough food for all three, so there’s one ‘frail pup’ who is half the size of his brothers and still pink and rides on his mama piggyback style and squeals and whines. it’s the cutest thing i’ve ever seen on tv. 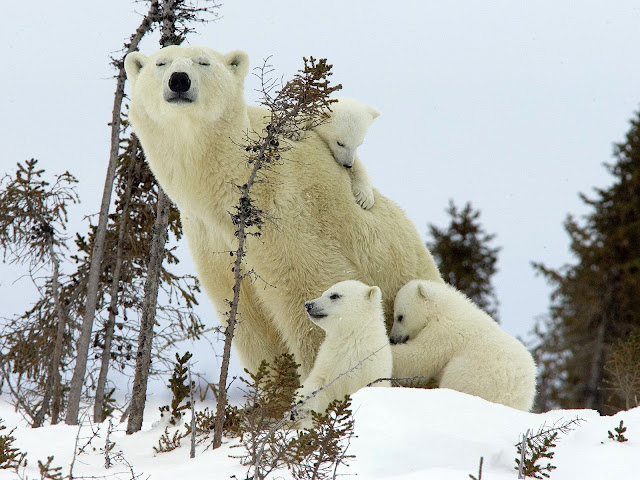 eventually they say that the frail cub dies, but i think the cameraman stuffed him in his backpack, sent him to oxnard california, and then i bought him and named him nacho.

check out the video here: