last year kevin’s sister did the DNA dog test to figure out what her “lab mix” birdie was really made of.

turns out she is not a labrador retriever whatsoever, but she is a fox terrier and american bull dog. that explains a lot of her behavior. poor little birdie. after being asked by a man in the woods “is that dog mostly lab with a little pit?” about pouncey, we decided to test all 3 dogs and see if pouncey is in fact a pit bull.

they send you a swab kit, with 2 swabs, you rub each one in between the dog’s gum and cheek, send them back, and in 2 weeks your results are ready. nacho was the control. nacho has his papers. even though he was massively discounted due to his labrador overbite, and looks a little funny, he’s a full blooded lab from decoy labs in oxnard california. next up, eli. kevin got eli from a litter down the street in charlotte. he doesn’t have papers. he was supposed to be all lab, and he pretty much looks like a lab and acts like a lab. but he has a white ‘star’ on his chest, so something doesn’t quite add up. turns out eli is MOSTLY lab. 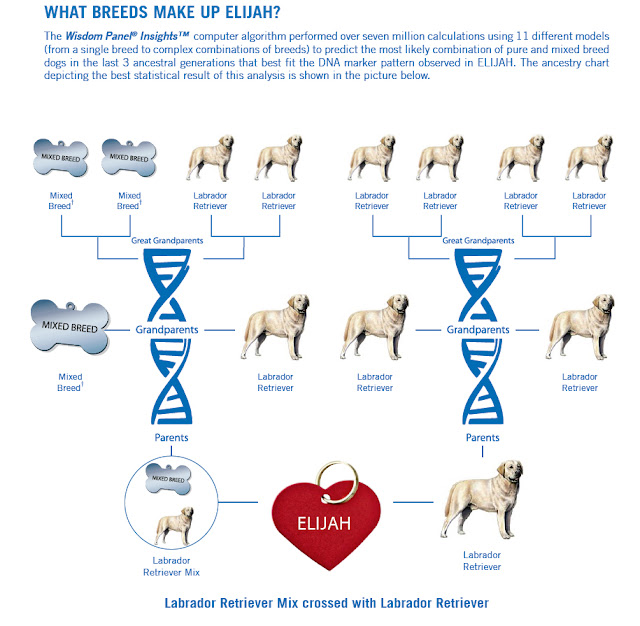 please meet elidoggy, our little doberman spaniel. he is happy to be related to his cousin henry the king charles spaniel. 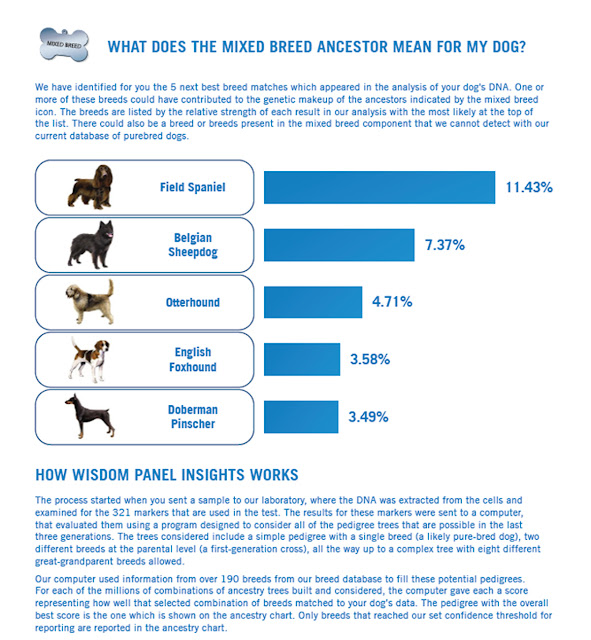 last but not least was pouncey the potential pit bull. unfortunately they were unable to get clear results from pouncey’s swabs. they are sending another kit for a re-test.