he has had allergies off and on since we moved from california to north carolina. for a few weeks in the spring, summer, and fall, he licks at his legs to the point that he bites the fur off and he’s left with open sores. the vet calls them ‘hotspots.’

after reading “some of my best friends are germs” in the new york times last month, i am wondering if he just does not have the microbes needed to deal with southeastern allergens, since he was born and raised in the desert of southern california.

last year the vet prescribed antihistamines which i gave him 2x/day for 2 weeks and did nothing at all whatsoever to relieve his itching.

allergies are the single greatest cause of vet visits in the US. he could be allergic anything – though grass is what i suspect. it could be cleaning products, leather, plastic, wool, carpets, corn, wheat, anything.

it was so bad last week, he was scratching and licking and biting himself 23 hours a day. he wasn’t sleeping. nobody in the house was sleeping. he is not quiet when he is scratching. he slams his feet into the floor. he whimpers. he pants. it’s really sad. i tried to empathize and i imagine it feels like poison ivy, but worse, because he doesn’t know that itching it spreads it. it got to the point i was thinking his misery was so great the kind thing would be to put him to sleep.

but instead of euthanasia, nacho has been getting oatmeal baths! for humans. the same oatmeal baths that helped my poison ivy. i mix the oatmeal and hot water in a bowl and then dump the bowl into a kiddie pool outside full of cold water. every day, nacho takes an oatmeal bath in a kiddie pool in the driveway.  he loves it.

kevin found this stuff online called dermapaw and figured it’s worth a shot. it’s all natural and soothing – it looks like a little jar of vaseline. i put it all over nacho’s legs and belly at bedtime. and then – the best part – nacho wears socks! 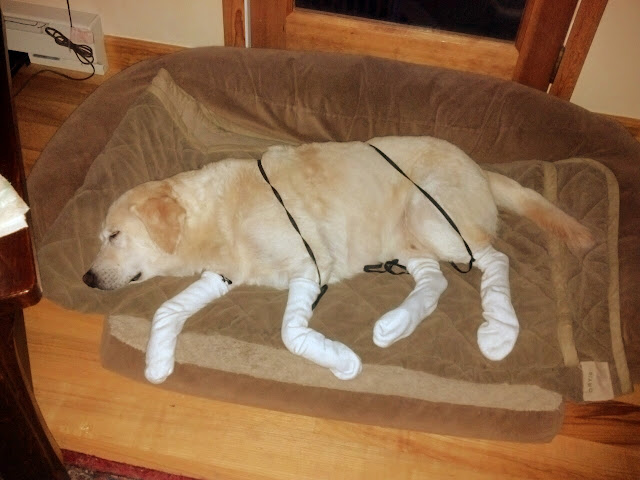 every morning the socks are off, but still – it’s pretty cute while it lasts!

i would say his itching has been relieved drastically by these two treatments. after 3 days, it was down about 50%. Today (5 days) it is down about 75%, if not more.  he seems so much more comfortable.

side note: the title of this is “nachos has issues.” this is what kevin’s 4 year old niece told us when we were talking about how nacho used to be afraid of small children. she obviously was repeating what somebody had told her, and it was hilarious. the same niece also looked at pouncey and said ‘pouncey has a penis.’ to which her father responded, ‘pouncey DOES have a penis.’ kevin & i have adopted both of these phrases – nachos has issues, and pouncey has a penis – into the vernacular. thank you unintentionally hilarious toddlers! 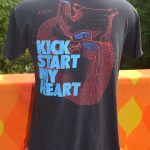