It’s Wednesday which means time again to focus on the whacky!

The Greensboro Grasshoppers minor league baseball team has a bat dog. A black lab that goes out on the field during the games to retrieve balls and bats. 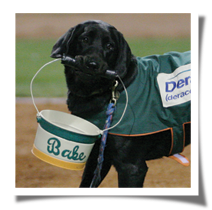 The first one was Miss Babe Ruth. Since then, they have used Miss Lou Gehrig, and Master Yogi Berra.

I first saw the dogs when they worked the ACC Tournament games for UNC last year.

Pouncey saw the bitch of his dreams on TV. 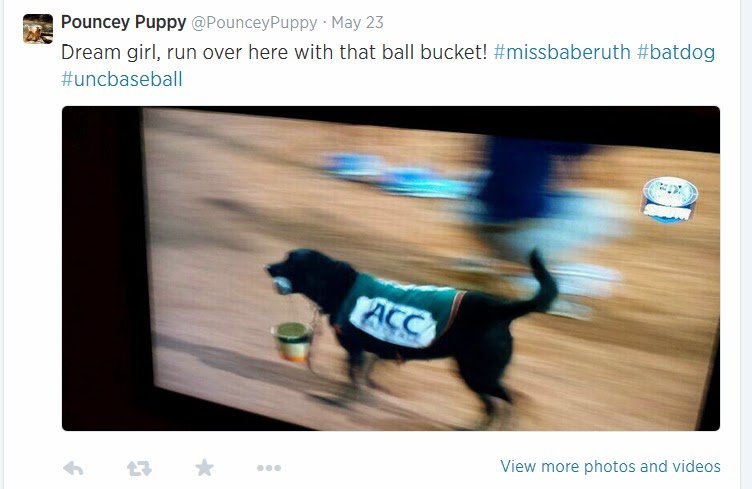 Babe’s brother, Master Yogi Berra, is still working for them, even though he got himself ejected from a game for ‘relieving himself on the field.’

If you’ve been looking for a sign that the apocalypse is nigh, well, here it is. According to the Greensboro, N.C. News-Record, Master Yogi Berra, a bat and ball carrying dog for the Greensboro Grasshoppers, became the first canine ejected from a baseball game when he was tossed by home plate umpire Jason Hutchings during Greensboro’s 9-6 loss to Asheville for “relieving himself” on the field.

The story goes something like this: Master Yogi was involved in one of his traditional between-innings routines, chasing down a ball that was sent deep to center field. En route to the plate, he stopped and left a memento of his trek to get the ball right on the field. Hutchings wasn’t having any of that, and he tossed the pooch right after the act.

Amidst the turmoil, the Grasshoppers are sticking with their man. Or dog, as the case may be. Team owner Donald Moore said Yogi was fighting through a stomach virus, and then provided what must be one of the most sublime quotes in baseball history.

“When you gotta go, you gotta go,” Moore said. “Yogi’s had a tough start to his season, and I hope this doesn’t get him down. He clearly couldn’t control himself out there. He’s such a competitor and he wanted to do his duties as he’s been trained. We all hope Yogi feels better soon and he returns to us ready to entertain our fans. You know, he’s volunteering his time out there, so I hope he doesn’t get fined too much (for his ejection). I don’t know the Rulebook like the back of my hand, but apparently a dog can’t do his business on the field. Let’s hope this is an isolated incident, and Yogi can learn from this experience,”

The best part of the whole episode? Yogi is now listed as day-to-day on the team’s injury report. Yes, a dog is day-to-day. Something tells us he’ll eat some grass and be back out there against Asheville tonight.

This makes me giggle with glee!

Next I have to give a giant WTF to the city of Asheville for closing the wildly popular Splasheville water fun park for the entire heat of the summer this year. I understand things break and it takes a while to fix them, but they need to publicize that the fountain is closed! Otherwise, kids in bathing suits arrive ready to play, are met with a cold hard “BROKEN” sign, dreams are dashed, and parents’ promises are unfulfilled.

The Asheville Disclaimer has called Splasheville “Asheville’s Bidet,” but I would like to flush city managers down the toilet for how they’ve handled this. The city website still shows the park as open.

The local paper ran a story yesterday saying it has been closed for weeks, and will be closed for more weeks. “Splashville [sic] weeks away from opening in Asheville”

Again, this is fine, but TELL THE PEOPLE.

Last but not least, here is a crazy t-shirt from the late 80’s advertising a mail order skull catalog. 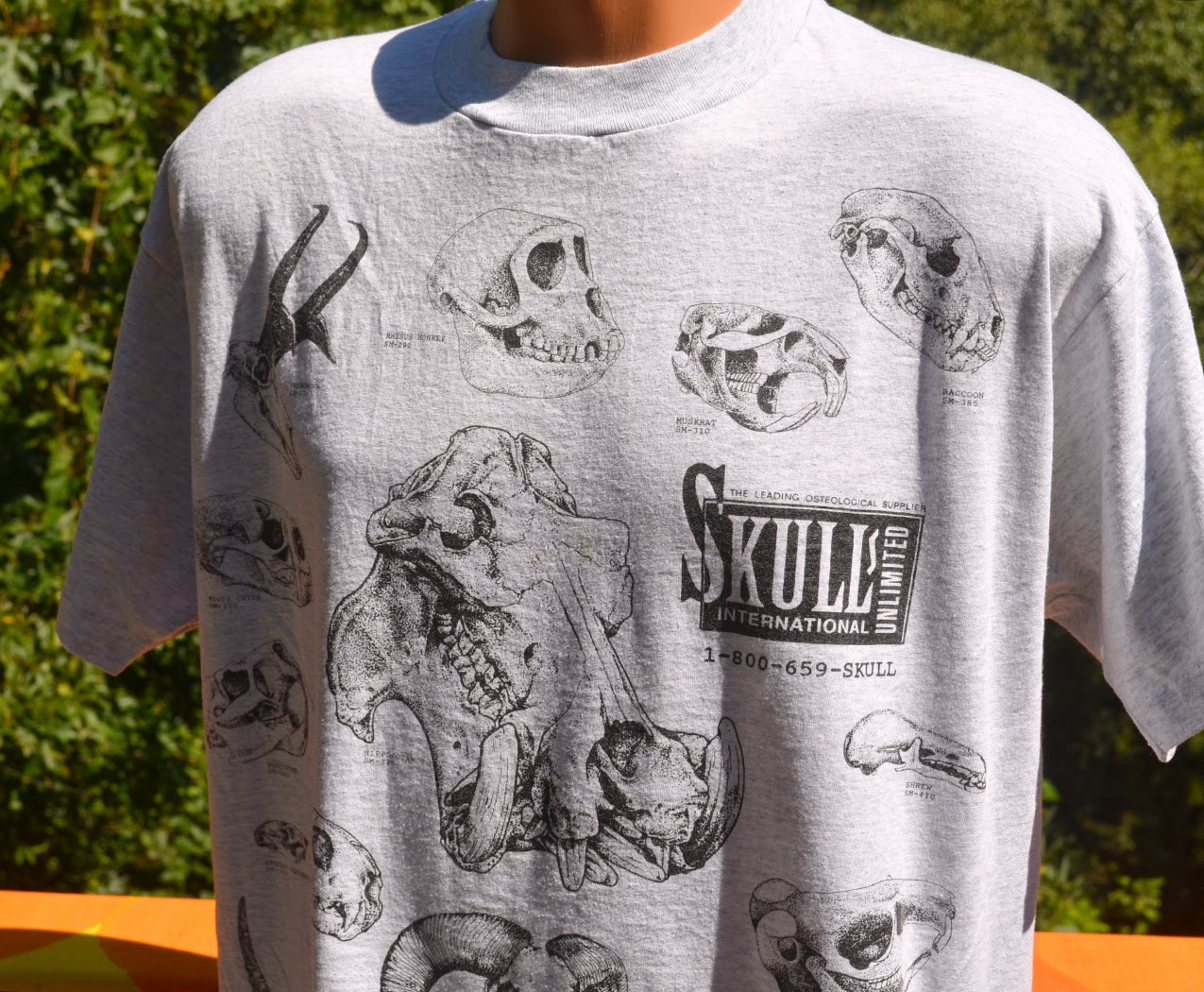