There’s a hidden cost savings that would result from universal health care – i haven’t seen this addressed anywhere yet – but I spent a bunch of money last year trying to defray the medical costs of people I have never met.

I sent $375 through gofundme to 8 different friends of friends, or friends of friend’s friends who, in desperate bids to avoid being completely wiped out by an accident or illness, reached out to the Internet. I read the stories of a woman who lost everything she owned and half her skin in a fire, and had to donate. The 37 year old father with pancreatic cancer. The 5 year old boy with a brain tumor. I wasn’t required to pay for their healthcare, but once I read their stories and saw their pictures, once they moved me to tears, felt compelled to donate. Kind of a heartstrings tax. Golden rule tax.

Would I gladly pay about that same $375/year in taxes every year to ensure NOBODY in this country goes through that ordeal of begging the internet for help when they get sick ever again – to ensure EVERYBODY gets health care? Yes! I believe strongly this is something we should fight for and not give up until it happens.

Bernie Sanders is fighting hard for this, whether you support him or not, think about supporting universal single payer health care, and pressuring your representatives to do the same. 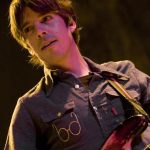