i’m reading a field guide put out by the US Army in 1969 called “Survival, Evasion & Escape” full of tips for soldiers who found themselves trying to survive behind enemy lines. here’s a couple things i picked up: i got a blank notebook in the mail and i just wrote in it.

it’s part of a project my friend spencer is doing called 99 notebooks.

if somebody gives you one of these notebooks you have to do 3 things – read everything in it, write something in it, and pass it on.

check out www.99notebooks.com for more details, and watch as 99 marble notebooks make their way around the world!

i posted this to another site about a year ago, and want to resurrect it here.

i’ve been reading a couple of joseph campbell’s books & a biography lately and came across this quote of his yesterday in “The Hero’s Journey” a kind of autobiographical conversation book Campbell did during the last years of his life where he went over the main points of his lectures and life’s work that he’d done on mythology, symbols, dreams, etc. which is all summed up nicely in this book & PBS series, The Power of Myth. 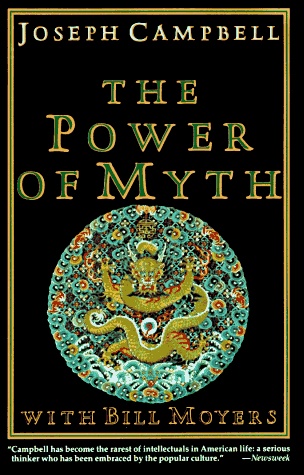 “The next great, proud moment was when Mickey Hart and Bob Weir come along and tell me I’ve helped them. Well, I never — the rock music never appealed to me at all. It was largely monotonous, it seemed to me. Then they invited Jean [his wife] and me to an event in Oakland that just became a dance revelation. I got something there that made me note that this is magic. And it’s magic for the future…

They hit a level of humanity that makes everybody at one with each other. It doesn’t matter about this race thing, this age thing, I mean, everything else dropped out. The wonderful thing was, compared to the Hitler rallies that you see in the film that were used to a political purpose, here it was just the experience of the identity of everybody with everybody else.

I was carried away in a rapture. And so I am a Deadhead now…” In February of 1985, Campbell had attended a Grateful Dead concert and below are his comments from that experience.

“The Deadheads are doing the dance of life and this I would say, is the answer to the atom bomb.”

“I had a marvelous experience two nights ago. I was invited to a rock concert. ( laughter in the audience) I’d never seen one. This was a big hall in Berkeley and the rock group were the Grateful Dead, whose name, by the way, is from the Egyptian Book of the Dead. And these are very sophisticated boys. This was news to me.

Rock Music has never seemed that interesting to me. It’s very simple and the beat is the same old thing. But when you see a room with 8000 young people for five hours going through it to the beat of these boys … The genius of these musicians- these three guitars and two wild drummers in the back… The central guitar, Bob Weir, just controls this crowd and when you see 8000 kids all going up in the air together… Listen, this is powerful stuff! And what is it? The first thing I thought of was the Dionysian festivals, of course. This energy and these terrific instruments with electric things that zoom in… This is more than music. It turns something on in here (the heart?). And what it turns on is life energy. This is Dionysus talking through these kids. Now I’ve seen similar manifestations, but nothing as innocent as what I saw with this bunch. This was sheer innocence. And when the great beam of light would go over the crowd you’ d see these marvelous young faces in sheer rapture- for five hours! Packed together like sardines! Eight thousand of them! Then there was an opening in the back with a series of panel windows and you look out and there’s a whole bunch in another hall, dancing crazy. This is a wonderful fervent loss of self in the larger self of a homogeneous community. This is what it is all about!

It reminded me of Russian Easter. Down in New York we have a big Russian Cathedral. You go there on Russian Easter at midnight and you hear Kristos anesti! Christ is Risen! Christ is Risen! It’s almost as good as a rock concert. (laughter) It has the same kind of life feel. When I was in Mexico City at the Cathedral of the Virgin of Guadeloupe, there it was again. In India, in Puri, at the temple of the Jagannath- that means the lord of the Moving World- the same damn thing again. It doesn’t matter what the name of the God is, or whether its a rock group or a clergy. It’s somehow hitting that chord of realization of the unity of God in you all, that’s a terrific thing and it just blows the rest away.”

live music is the best.

madonna is friends with linbaba?

this AP bit about madonna’s trip to India this week mentions Shantaram with Johnny Depp in the present tense:

Madonna didn’t speak to journalists, and a New York-based spokeswoman for the 49-year-old singer wasn’t immediately available for comment.

Millions of people live in makeshift huts in slums along railway lines and roads in Mumbai, India’s financial and entertainment center.

She was accompanied by her husband, Guy Ritchie, and Australian author Gregory David Roberts, who made the Mumbai slum his home in the early 1980s.

Roberts worked for the city’s crime bosses and set up a free health clinic in the slum when he took refuge in Mumbai after escaping from an Australian high-security prison.

The slum features prominently in Roberts’ best-seller “Shantaram,” which is being adapted into a film starring Johnny Depp and directed by Mira Nair.

from the LA times

it looks like that book i read about the bombay slums, shantaram, is having a hard time getting to the silver screen.

According to our sources, Nair’s ambitious project, Shantaram , has been shelved because the actor demanded a huge price. “Mira Nair will be unable to go ahead with the film because Warner Productions has decided to back out of the project. Also, the amount quoted by Johnny Depp is very huge. The producers don’t see how they will be able to complete the film with such big money involved,” says a source.

Mira Nair had announced her ambitious film, Shantaram , based on Gregory David Roberts’ book of the same name, earlier this year. Hollywood superstar Johnny Depp and Bollywood icon Amitabh Bachchan had been roped in to play key roles.

She had also approached Vishal Bharadwaj to score the music of the film. Our source says, “Mira Nair was to start shooting with Amitabh Bachchan from January 2008. Unfortunately, that will not happen any more.”

Deals with all the other actors had fallen into place but things did not somehow work out with Depp. Our source says, “Depp loved the novel by Gregory Roberts. He even invited the author to visit him in London. Gregory Roberts did go and meet him. Everything was going fine until Depp quoted his price! All activity related to Shantaram came to a screeching halt after that.”

It may soon be officially announced that the film has been shelved. Our source says, “Warner Productions will hold a press conference announcing the cancellation of their Shantaram project in the second week of December.”

The official spokesperson of Warner Productions kept mum about the film being shelved because of the sky-high money quoted by Johnny Depp. The spokesperson just mailed the production house’s official statement that says: “Production on Shantaram is being postponed due to Hollywood writers’ strike and the inability to guarantee a February start, which would then place the production in India in an inclement weather corridor.”