Hola, Happy birthday Jesus teddy bear in a fur coat with a lamb and bundt cake!

Last but not least, and this is not a real WTF, I’m overjoyed to report that after a 6 year semi-hiatus,Tea Leaf Green is recording a new album! We saw them twice over Memorial Day weekend here in Colorado and they brought the fuego. Here is Josh Clark in a Skippy Haha Vintage 70s t-shirt on stage at Levitt Pavilion Sunday May 26.

Let’s begin with a music video some friends made for a rap project called Food Raps – they rap about food. This may not be appropriate for the very young or the very sensitive: South of the Border

Featuring  Chad Galactic, Vitamin D (Dave Brogan of ALO), and animated by Josh Clark (Tea Leaf Green) – there’s a whole lotta WTF goin on there. I hope their next food rap is about nuts, because that’s what they are.  An entire CD filled with food raps may be found here.

Moving on to vintage WTFery, here’s a quarterback bunny, with holes cut in the helmet for his ears. 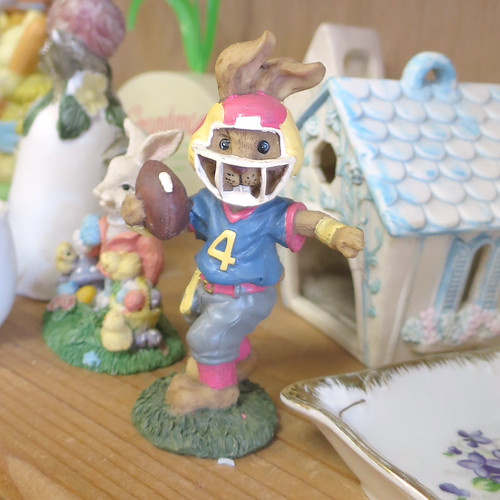 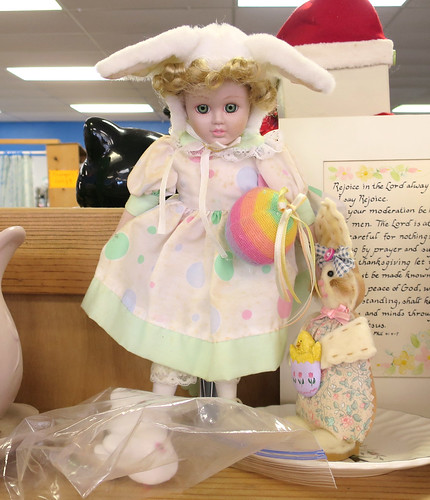 A very old jewelry box with a cocker spaniel who appears to be stripping? A mink stole? 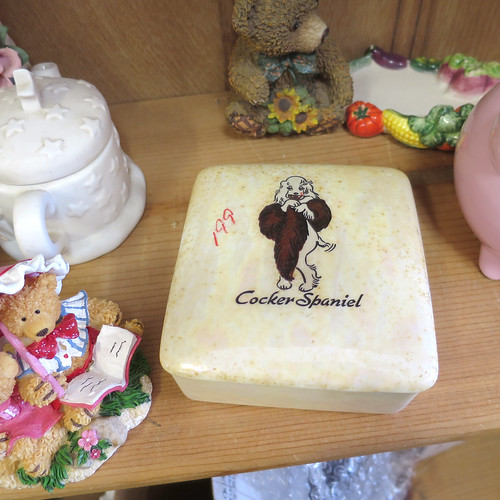 Last but not least, a pair of cats in a blanket.  Watching you, always watching you. 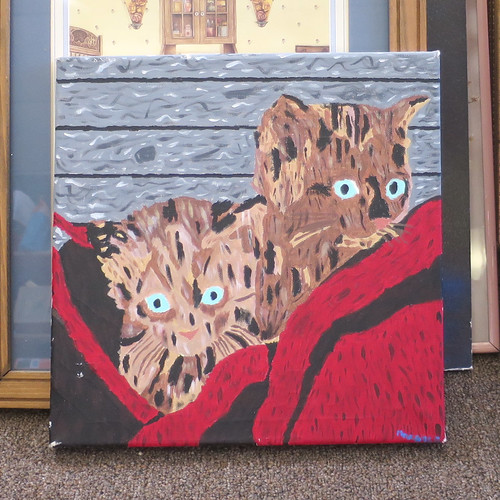 High Sierra Music Festival jammed on this past weekend in California.

I was not there, but a slew of Skippy Haha Vintage shirts made the trip.

Categories: california, friends, rock, skippy haha vintage, tea leaf green
sweet, exciting, insightful recent video here. new album coming out next week.
http://tealeafgreen.com
Categories: nature, olden days, rock, tea leaf green
we left the house at 230AM thursday night (or friday morning depending how you count), drove an hour and a half to the greenville, SC amtrak station, and at 5AM boarded the crescent bound for new orleans. i woke up 4 hours later pulling out of the atlanta station. we had a roomette which was nice because you can lower the seats and put on a bedroll they provide and completely lie down, also can close the door and curtain. there’s a toilet in there, which is too close for comfort for me. in the dining car they sat you with strangers if you didn’t have a party of 4. they ran out of things like nobody’s business. the service took forever. the coffee was piping hot. the salad had dark green lettuce not just iceberg. the meals were extremely overpriced, but free for those who were traveling in the roomettes. the train slowed way down through tuscaloosa alabama. there were neighborhoods completely leveled by the tornadoes 2 days before. so many snapped trees and then 100 year old trees on their sides – their red roots unnaturally perpendicular. factories a heap of twisted steel and cinder blocks. people in neon yellow shirts handing out water. old men in their backyards surrounded by shredded belongings watching the train go by. (slide show of the destruction) there is no open container law in new orleans and no last call. (or seemingly). there’s a casino. where you can’t take pictures of the blackjack table. you can take bloody marys and walk down by the mississippi river while an old lady plays the pipes on top of the natchez paddle boat, it’s so windy the pipe steam cloud is blowing right back in her face. tipitinas uptown is a legendary venue and i loved seeing two of my alltime favorite bands share the stage there and also some old friends on the dancefloor. the show was supposed to start at 1, but instead doors opened at 2 and it was sunrise when we stumbled out. my time’s coming but it’s not tonight. the food at the fairgrounds of jazz fest is worth the price of admission alone. ingested included: giant strawberry lemonade with chunks of real strawberries, chicken fricassee, fried plantains, and ‘jama jama’ (spinach) from the african food court. to die for. a bowl of shrimp and grits. perfection. old timers playing the blues and some mardi gras indians. sunday morning. can you beat it? no. as a last hurrah, later that night mr. b’s had the best dining experience of my life. perfect service and timing and not too stuffy and awesome AWESOME food. the floor of the blue nile has the arabic patterned tile. waiting for the show to start a man asked us “did they find his body?” which is how i found out they killed bin laden. the hippie next to me said super sarcastic “a trillion in war debt and how many thousands killed? mission accomplished! yay america! are the troops on their way home?” i tend to agree. watching teenagers rejoice in front of the white house on tv later i didn’t feel like celebrating and i didn’t feel any safer. the train left new orleans at 7am. we got to the station in a cab whose driver had lived in the city for 4 days and had to plug the train station into the gps. he moved to new orleans from charlotte where his wife and kids still live because he couldn’t find work in charlotte. we got back to greenville at 1130 monday night, back home at 1. we got mooned in mississippi.
Categories: celebrate, food, friends, happy birthday, love, nature, rock, tea leaf green, technology
Product Categories
Words from Happy Customers